Home / / Digital plans for end of life and urgent care: How NHS Coordinate My Care reached out to the public

Digital plans for end of life and urgent care: How NHS Coordinate My Care reached out to the public

London’s Coordinate My Care service sought to launch a new online care plan to the public to empower people with long term conditions, and people at the end of their lives, to share their wishes about the care they want to receive. Working in collaboration with Highland Marketing, the NHS service made its impact through a communications and media campaign backed by patients, professionals, celebrity endorsement and health and social care secretary Matt Hancock.

The NHS Coordinate My Care service was created to empower patients to record and share urgent and end of life care wishes through digital plans made accessible to GPs, hospitals, ambulance crews, 111 providers, care homes, and out of hours services throughout London.

As the service’s clinical lead Professor Julia Riley says: “CMC came about after I saw the way in which my sister in law was cared for when she died. She wanted to die at home, but out of hours providers insisted she went to hospital. It would have been better if urgent care providers had known about her wishes in advance. That is why we developed CMC, which has helped thousands share their treatment wishes.”

For the thousands of patients CMC has helped, fewer than one in five spend their last days in hospital, compared to almost 50% nationally. This is saving the NHS thousands of pounds per patient and avoiding many inappropriate hospital admissions. And many more patients with long term conditions have recorded their wishes so that in the middle of the night when their own doctors and nurses may not be available, urgent care professionals know what to do.

Initially, only health and social care staff were able to create and edit digital urgent care plans with patient preferences. But CMC wanted to take this a step further.

The creation of myCMC – a public facing portal, for the first time allowed patients themselves to go online and easily initiate their own urgent care plans, before meeting with a clinician who can complete and approve it.

Raising awareness of this new service became a priority.

A campaign to raise public awareness

An initial communications campaign successfully engaged policy makers and clinicians in preparation for the myCMC launch. The next step was to launch the service directly to the public.

Compelling messaging was developed before the execution of a highly effective media campaign, a launch video, a social media campaign, and a launch event – all supported by celebrity endorsement, patient advocacy and buy-in from Health and Social Care Secretary Matt Hancock.

Widespread coverage in the media was key in helping to raise public awareness. More than 60 pieces of coverage spread across broadcast, national, regional, London and specialist press. ITV News, Mail on Sunday, Daily Mail, The Sun, The Press Association, and BBC Radio were just a few to cover the launch of myCMC.

He said: “I’m a huge believer in improving the way we provide care for people through the smart use of technology. The best innovations are often brilliantly simple and Coordinate My Care is an example which shows the difference the NHS can make to people’s lives when they need it most.”

Securing celebrity endorsement also proved key in launching the service to the public. Deborah James, a journalist and broadcaster with stage four bowel cancer agreed to become a launch ambassador – contributing to the media announcement and other aspects of the communications campaign.

Speaking at a launch event, attended by clinicians, senior parliamentarians and national media, she said: “Facing up to an incurable illness is difficult to accept. But we need to engage with death, and part of that means making decisions about how you might want to die at home, or in a hospice. With myCMC, people such as myself can plan for what might happen in the future. It means being in control. It means that, with discussions with my consultant, I can make decisions that help me and my family, and I can get on with living.”

Sharing views from those delivering and receiving care

The campaign’s success also rested on bringing in views from the people CMC would make the biggest difference to – including patients and people in the NHS. Lisa, a recently married patient coming to terms with a terminal illness took part in a video to give her story and why CMC was important to her to get the care she wants and needs. “It needs to describe me,” she said. “I don’t want to have to keep repeating my story, for someone with my condition at the moment that is exhausting.”

And Stuart Crichton, chief clinical information officer at the London Ambulance Service, said: “Coordinate My Care helps us treat more people where and how they wish – putting them at the centre of their care – and to reduce unnecessary hospital admissions. We gain vital information about the patient’s wishes, preferences for care and important decisions they have made.”

The campaign was successful in raising public awareness of an NHS service important to many people in the capital.

It also helped raise awareness beyond London, where the service has traditionally been focussed – with interest generated in expanding the service to other parts of the country.

Commenting on the campaign, Professor Riley said: “Getting the communications right for the launch of myCMC was extremely important. The work we did in close collaboration with Highland Marketing allowed us to reach out with a powerful set of messages to a very large audience, and to align with viewpoints from celebrity, NHS, and senior government voices. Momentum has continued to build since the launch, helping us to support more and more patients when they need it the most.”

Highland Marketing is an integrated communications, PR and marketing consultancy supporting UK and international health tech organisations. Over 20 years we have built a reputation for being the go-to agency for vendors and their customers. Talk to us about market strategy, research, branding, messaging, content marketing, PR, social media and sales acceleration.

What does good look like and who pays for what 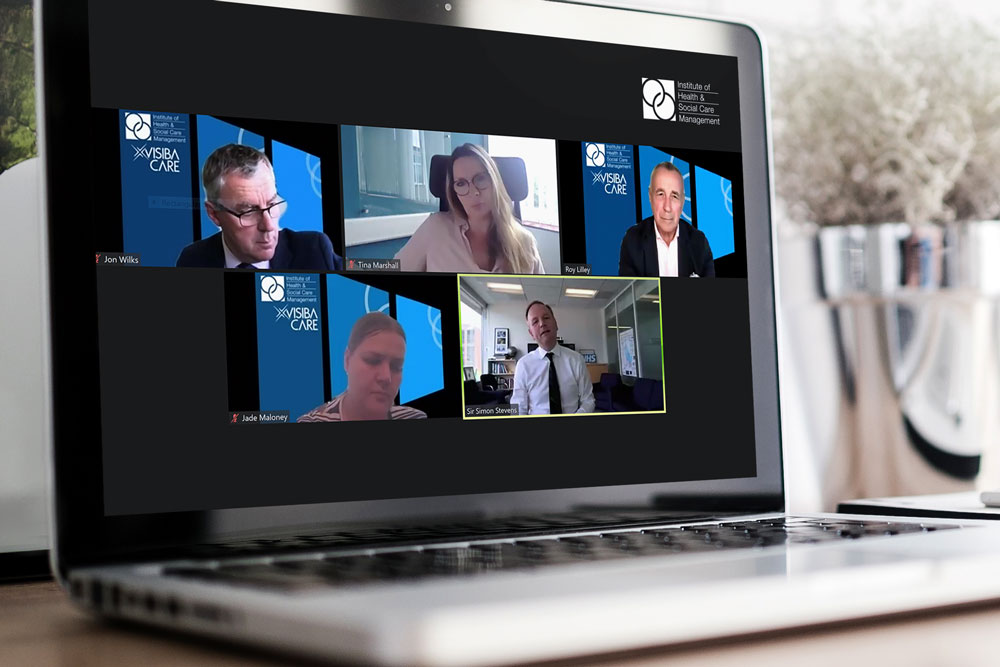