Home / / Help wanted: Highland Marketing supports Patient Safety Learning in its mission to reduce harm by creating a safety culture in the NHS

Help wanted: Highland Marketing supports Patient Safety Learning in its mission to reduce harm by creating a safety culture in the NHS

When Patient Safety Learning needed to launch the hub, its shared learning platform for patient safety and repository of good practice, at its annual conference it turned to Highland Marketing for support. The charity’s chief executive, Helen Hughes, explains. 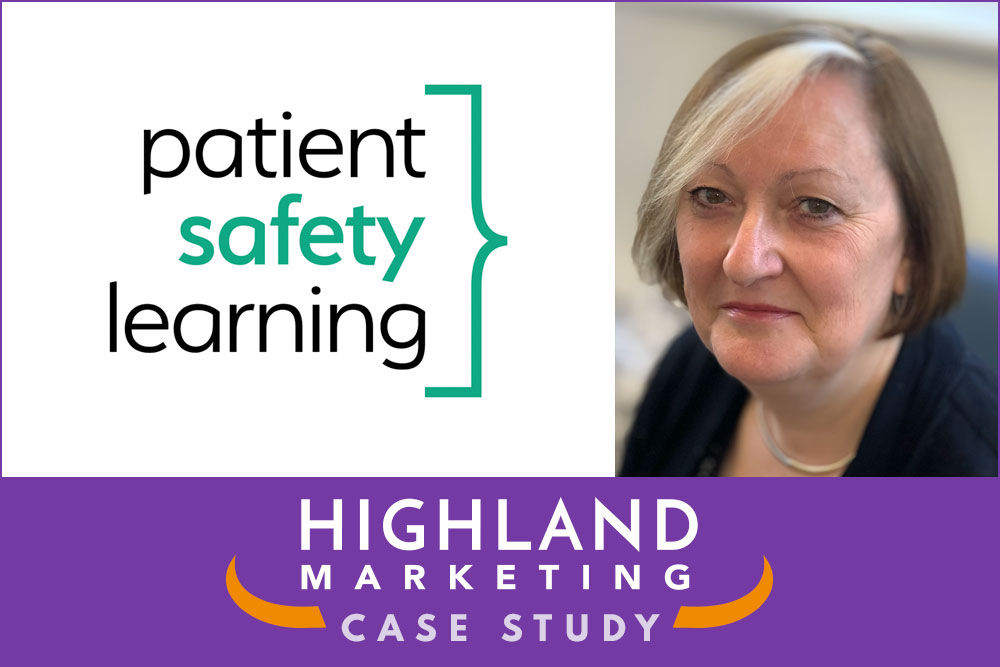 Patient Safety Learning is a young charity. As its website explains, it was “born from the frustration of seeing the same themes emerge time and time again in healthcare systems around the world” and from a lack of systemic action to address them.

The charity wants to help to create a safety culture in the NHS and in other healthcare systems. One in which patients and staff can speak up, organisations can respond positively rather than defensively, and lessons can be learned to prevent harm and embed good practice.

Patient Safety Learning’s first step was to publish a report, ‘A Blueprint for Action’ that called for patient safety to be a core purpose of healthcare, and not just one priority in many that could be all too easily overlooked.

The Blueprint identified six, evidence-based foundations for safer care. One of these is to share learning; from when things go wrong and through better investigation, taking action to improve safety and to share good practice.

To support this, Patient Safety Learning went on to develop a unique, free dedicated platform, called the hub, that can be used by anybody with an interest in patient safety to share stories, put forward ideas, post tools, and offer feedback.

The hub was given a soft launch in spring 2019 and the charity wanted to give it a full launch at its annual conference in October. However, as it got into planning the event, it realised that it needed PR and marketing support to raise its profile with the media and potential attendees.

“We had launched the hub as a beta site,” explains chief executive Helen Hughes. “That had happened in a fairly informal way at the Health Service Journal’s Patient Safety Congress.

“I gave a keynote presentation and we had a demonstration stand and there was a real sense of excitement. But towards the end of the summer, as our own conference was coming up, we realised we wanted a higher profile launch for the developed platform.

“Without this, we were concerned that we wouldn’t see a sustained impact and the increase in registrations that we were hoping for. So, a month out from the conference, I told my team that we needed to step-up our profile in the media and with the people who might want to come along to the conference.”

Its PR team created a target media list and managed contact with publications interested in attending the conference, while its writers crafted a media release and blogs featuring keynote speakers, to create a buzz on the Patient Safety Learning website and supporting social media.

“Working with Highland Marketing was very easy,” Hughes says. “The team was very personable and gave us access to specialist skills when we needed them. Also, the project was set up at short notice and it had to run at a fast pace, but everybody was very flexible and collaborative.

“We never heard: ‘You agreed this at the beginning, so this is what we are going to do’. There was genuine co-creation. We could come up with an idea and Highland Marketing would make it work, or the other way around. It was a genuine partnership.”

Highland Marketing also sent a supporting team to the Patient Safety Learning conference and produced a write-up that was published on its website, sent to interested publications, and used to support a submission about the charity to the Academy of Fab Stuff [a repository of NHS innovation and ideas].

At the end of the project, Patient Safety Learning and Highland Marketing held a debrief meeting. “That was helpful, because it helped us to reflect on what we had achieved,” Hughes says.

“We also discussed the challenge that we face in getting our message out. In conference presentations, I often quote Stalin, who said: ‘One death is a tragedy, but one million deaths is a statistic’. The point I am making is that it is difficult to grasp the scale of unsafe care.

“There is press and professional interest when there is a high-profile incident, but it tends to be treated as a one-off, and then everything goes back to normal. Yet normal is unsafe care and a very complex system in which it is hard to bring about change.”

One of the enduring insights from the campaign is that the personal can cut through. To encourage people to visit the hub, to attend the annual conference, and to amplify the impact of its sessions, Highland Marketing developing a hashtag for  social media.

Patient Safety Learning has used this and continues to grow the campaign with #share4safety. “Google Analytics shows us that the numbers coming to the hub are driven by social media, and social media is driven by personal stories,” Hughes says.

As an example, she cites tweets about a scrub nurse who saw a surgeon drop a scalpel in theatre, pick it up, and use it without sterilising it. This prompted a debate on the hub about team cultures and encouraged the nurse to take further action with the Care Quality Commission.

The mainstream media, though, has been a tougher nut to crack. “If you look at something that gets a lot of media attention, like the Grenfell disaster, the ‘bad guys’ and the ‘good guys’ are obvious,” Hughes says. “In health, that does not tend to be the case.

“Of course, there are rogue individuals, but a lot safety issues come up because the notes were not there, or somebody was tired, or the communication was confused.

“Or, systems and process weren’t designed for safety and a workaround failed, lessons weren’t learned when something went wrong, an organisation failed to prioritise safety improvement and resourced innovation and change.

“We are all about identifying and addressing the system failures that allow human factors and  issues like these to have a big impact; but that doesn’t always make for big headlines.”

One of Highland Marketing’s tasks was to emphasise to the media that the hub is a significant patient safety development, and one that publications should be interested in following because of its potential to stop thousands of avoidable deaths and injuries each year.

Patient Safety Learning is now working to develop patient safety standards for organisations, based on the six foundations for safer care identified in the Blueprint for Action. So, as Hughes puts it, the charity is “moving from raising awareness and sharing learning towards developing a more structured approach for organisations to adopt.”

But the 2019 campaign was an important part of awareness raising. “We have some communications expertise, but we are a really small team,” Hughes says. “We needed some powerhouse input from an agency with the capacity and the experience and the contacts to push things along.”

Highland Marketing is an integrated communications, PR and marketing consultancy supporting UK and international health tech organisations. Over 19 years we have built a reputation for being the go-to agency for vendors and their customers. Talk to us about market strategy, research, branding, messaging, content marketing, PR, social media and sales acceleration. 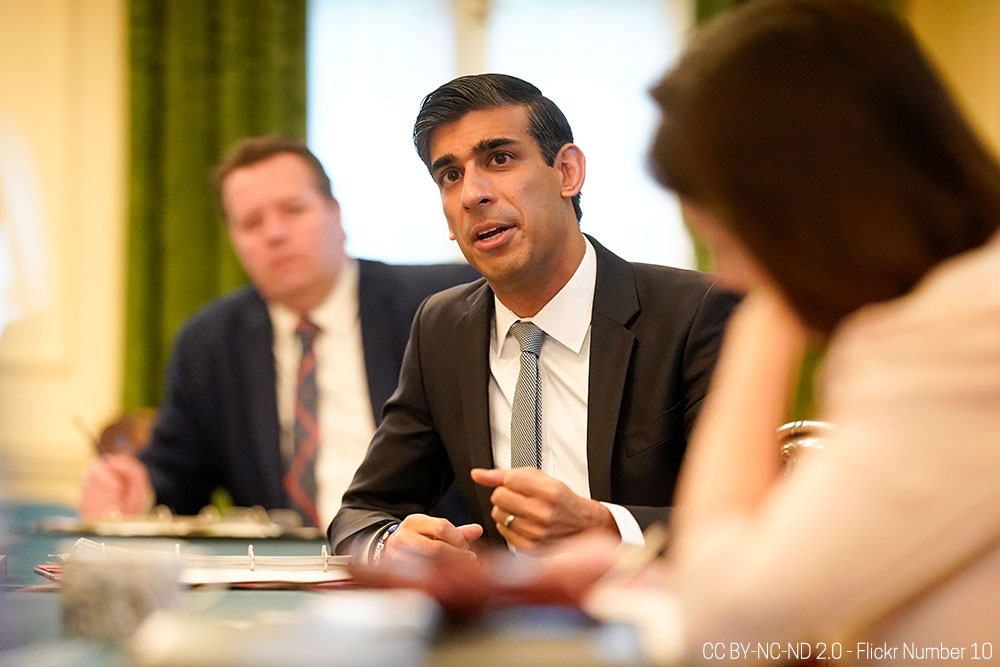