Home / Commentary and analysis / The NHS ‘to do’ list: 2020-21 edition flags changes to IT priorities and spending

The NHS ‘to do’ list: 2020-21 edition flags changes to IT priorities and spending

NHS England has published the health service’s annual ‘to do’ list: the operational planning and contracting guidance 2020-21. A shift in health tech priorities and spending mechanisms seems to be on the way; and that’s not the only take away for vendors. Lyn Whitfield reports.

Every year, the NHS gets a ‘to do’ list in the form of the operational planning and contracting guidance. This tells trusts and commissioners where to focus and what they will be expected to achieve in the coming year, and how the NHS will be organised, regulated and financed to try and achieve them.

As such, it’s a useful guide for IT suppliers as to where the NHS’ energies will be focused, where it may be looking to make tech investments, and whether there will be funding to make them. This year’s guidance, which came out at the very end of January, gives new impetus to the integration and digital outpatient agendas.

But it also hints that significant changes are on the way for national IT programmes, the roll-out of electronic patient record systems at acute trusts, and spending levels; and that the green agenda is not going away.

NHS England published the NHS Long Term Plan a year ago, so one of the big messages that it wants to get across in this year’s planning guidance is that the health service must plan to implement its vision of population-level planning and integrated health and care delivery.

It says the national implementation plan that was held up by last year’s general election will be published later this year and that “every part of the country” will become an integrated care system by April 2021.

This means ICSs and any remaining sustainability and transformation partnerships are expected to sort out their governance and financial arrangements this year, and to get key capabilities including, in the tech space, population health management, in place.

With that done, the guidance says it expects systems to focus on the delivery of national programmes such as Model Hospital, on the roll-out of pathology and imaging networks, which have major implications for tech vendors in their sectors, and on creating new clinical and operational pathways to improve productivity and address demand.

The guidance doesn’t need to set out spending plans for the coming year, as this has already been done by the 2018 Budget and the NHS Funding Bill, which is now making its way through the Commons.

As the King’s Fund noted in a briefing, the bill is purely symbolic, and has some significant limitations. It says cash spending on the NHS will increase by £34 billion by 2023-4, but makes no provision for inflation, for non-NHS health spending, such as training, or for social care.

“To improve services and deliver on manifesto commitments, the government will need to ensure these budgets receive significant funding growth,” the think-tank says. This being the case, two of the more notable aspects of this year’s planning guidance are that it doesn’t talk about returning the NHS to financial balance or to hitting key targets.

On the financial front, it instead talks about keeping organisations on their “financial trajectories” and rewarding those that play nicely within healthcare economies. It also indicates that help is on the way for indebted commissioners and providers, who will be able to write-off some or all of their historic debt or see it converted into public dividend capital, respectively; giving them a bit more freedom to move forward.

On the target front, the guidance’s ambitions are distinctly limited. The Nuffield Trust noted that the NHS’ December performance against the four-hour admit or treat and discharge target was the worst ever, with only one out of 118 major A&E departments managing to hit it.

Yet the guidance says only that acute trusts must “improve” urgent and emergency care performance by “reducing” occupancy to 92%, through a combination of extra beds, shorter stays, and admission avoidance. It also says they should “stabilise” waiting lists while eliminating waits of 52 weeks or more.

The guidance suggests that one of the ways that hospitals could increase capacity is to reduce the number of face-to-face outpatient appointments that they run. In fact, it devotes a whole section to ‘outpatient transformation’, video appointments and digital follow-up.

Specifically, it addresses one of the major stumbling blocks to date, which is that hospitals can lose money if they shift from physical to digital appointments and follow-ups. In future, it says commissioners and providers will be expected to agree ‘blended payments’ so that only patients who really need to travel are asked to do so.

“Over the next four years, we expect a major expansion in video, phone and online consultants,” it says. “For 2020-21, systems should begin the implementation of video consultation in major specialities, so all patients can access outpatient care without travelling to hospital.”

Apart from generating capacity and making life easier for patients, the guidance says cutting outpatient appointments by its target of a third will help the NHS to address the linked issues of pollution and the climate emergency.

These emerged as major issues at last year’s Health and Care Expo and are now the subject of a ‘For a greener NHS’ campaign. This is looking for ways to reduce the health and care systems’ carbon footprint, which is 4-5% of England’s carbon footprint, and to cut the toll of air pollution, which may be responsible for 700 deaths per week.

The guidance follows through by saying that the NHS will develop a national de-carbonisation and climate change plan in the run up to COP26, the UN Climate Change Conference due to take place in Glasgow in November.

Healthcare systems are expected to develop their own plans and organisations to take specific measures. This include putting a stop on business flights, moving to electric fleets and renewable energy, making sure that new build and refurbishment projects are ‘net zero’, and phasing out single-use plastics.

Some of these moves are likely to impact tech suppliers, at least in the longer term, as they are asked to de-carbonise their services and products.

Technology is addressed directly on page 34 of the guidance, which indicates that a substantial shift in priorities and funding is on the way.

The ‘digital transformation to support system integration’ section says the new policy, standards and innovation unit, NHSX, will “define what good looks like for a digitised health and care system” and then sit down with systems and providers to deliver it “by 2024.”

Delivery will be through a combination tactics. On the one hand, NHSX will mandate “technology, security and data standards… that all systems and organisations will be expected to comply with”, fund some programmes “to improve outcomes and relieve frustrations for frontline staff”, and run a new “digital aspirant” programme.

On the other, trusts will be expected to invest to get their technology up scratch, as defined by new, national, digital maturity standards and a list of “high-impact, productivity-enhancing solutions” that they will be expected to deploy; with the help of new NHSX deployment teams, if necessary.

However, there is little indication of timescale. The guidance suggests that “systems and providers will want to ensure an appropriate level of investment in tech to achieve full uses of modern, digitised technology the NHS by 2024”.

But the complex matrix of maturity models and national solution lists, digital aspirant and frustration funding against which systems and organisations will need to make their investment decisions will take time to get in place, with NHSX only just starting to make key appointments.

To add another layer of complexity, some tech investments will have a knock-on effect on NHS estates and facilities, which the guidance wants used as effectively as possible, with surplus land sold off.

In a podcast, the Health Service Journal flagged the changes to the trust financial regime as the most important aspect of the guidance. Its expert journalists noted that while some trusts will welcome the idea of converting their loans to public dividend capital, they may struggle with the shift towards linking further financial support to the performance of their healthcare system.

However, the NHS clearly needs to find some way to stabilise the acute sector while making progress on its long-term plan transformation. Just days after the planning guidance emerged, the National Audit Office issued its annual assessment of the financial sustainability of the NHS in England, and concluded, once again, that it is not sustainable. Essentially, the financial watchdog found that while they are treating more patients, too many organisations have become dependent on short-term fixes, and there has been too little reform.

“Years of short-term funding decisions… mean that resources have moved away from areas of investment in the future, such as workforce, public health and capital,” which, of course, includes IT, it concluded. “This will need to be rebalanced to make sure that the ambitions set out in the NHS Long Term Plan are realised.” 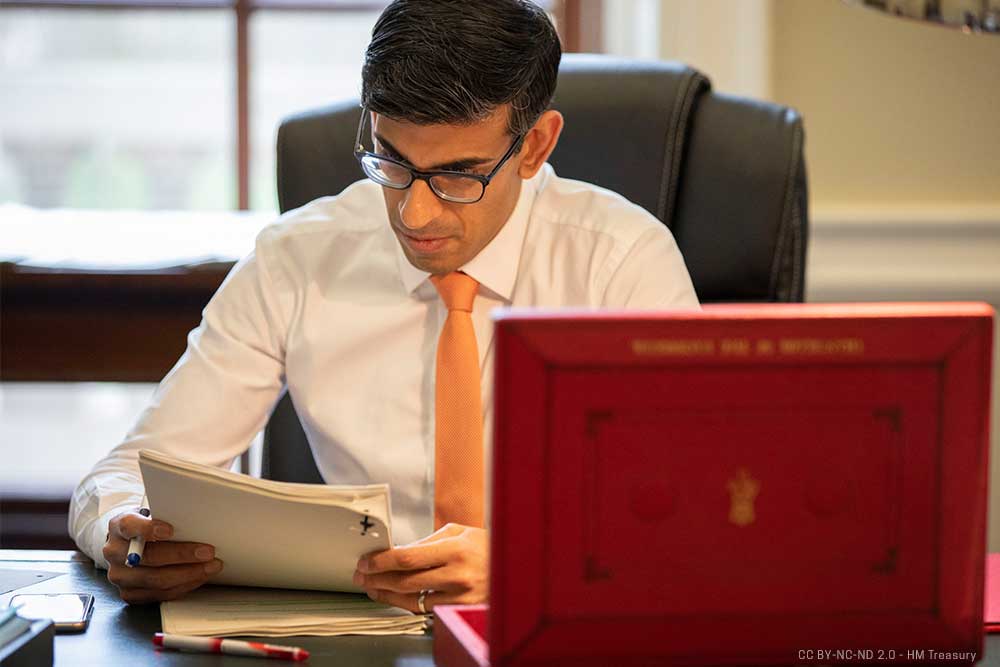 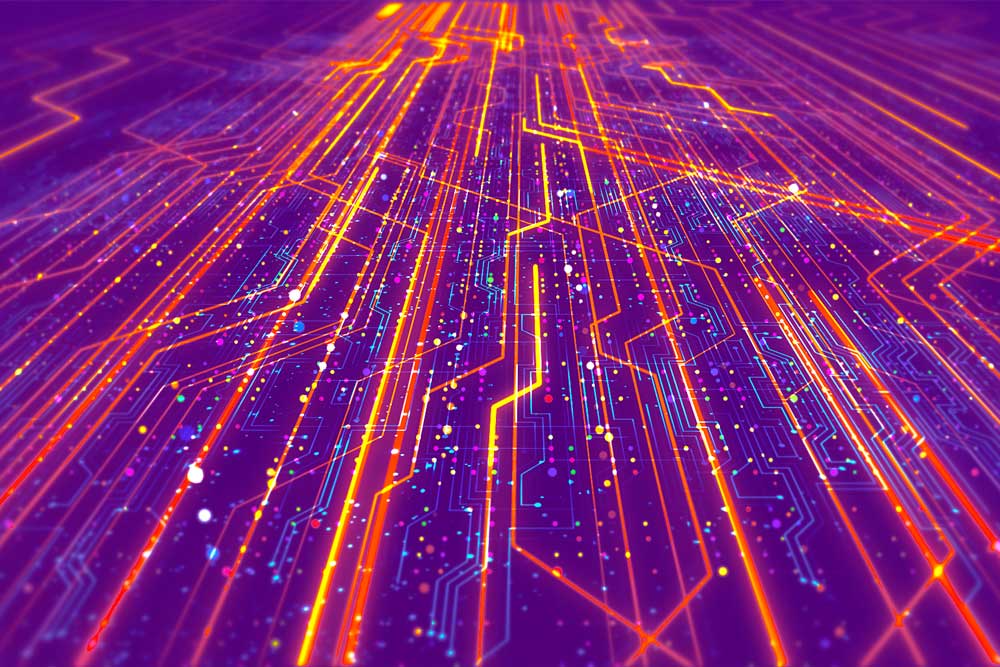 No trust is an island: digital maturity for health and care economies 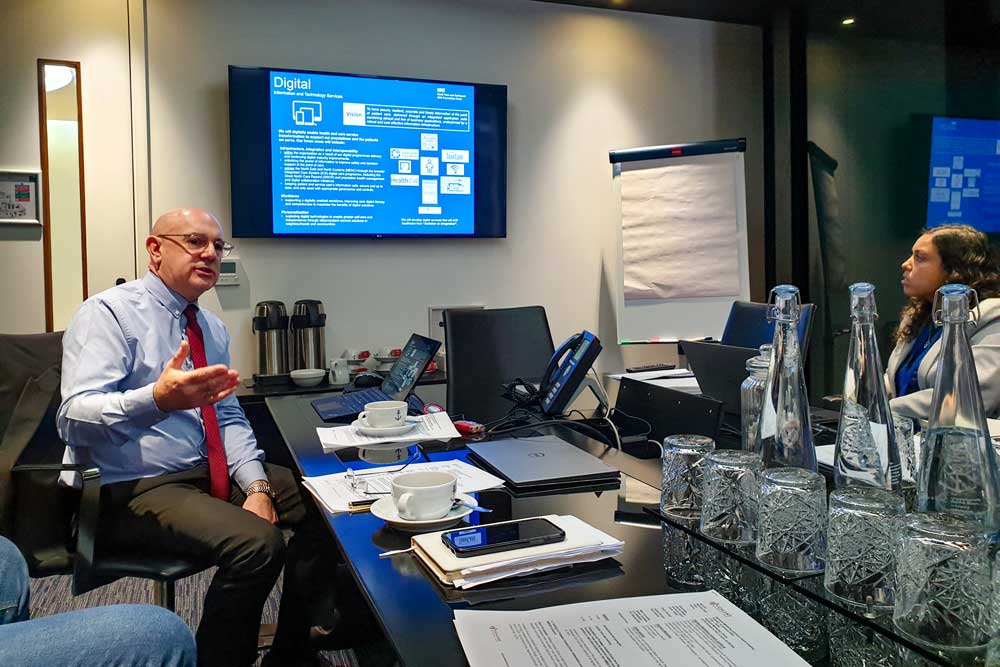 No trust is an island: background briefing