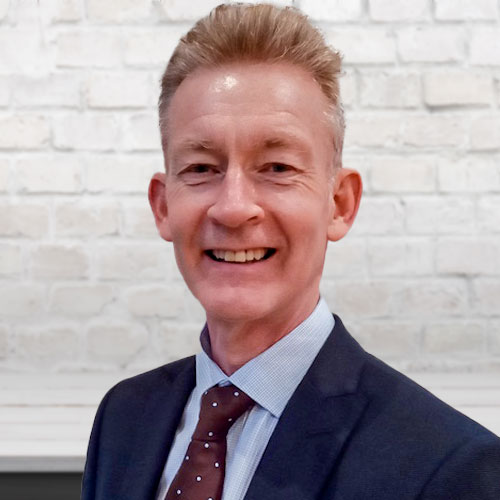 As the health tech industry assesses the emerging lessons from the Covid-19 pandemic, Highland Marketing and TechUK organised a webinar to explore the impact of technology on healthcare, the challenges and barriers to change, and the likely sustainability of actions taken during the crisis.

As the novel coronavirus arrived in the UK in March, there was a rapid reaction from the health tech community. Suppliers worked with trusts to support remote working and virtual clinics and to reconfigure IT systems to support the effective triage and treatment of extremely unwell patients.

At the start of a Highland Marketing and TechUK webinar, James Norman, healthcare chief information officer, EMEA, Dell Technologies, asked a five-strong panel if they saw these changes being sustained, and how they thought technology would change healthcare following the pandemic.

Charles Alessi, chief clinical officer at HIMSS, suggested the industry was facing the “dawn of a new age” with regard to digital transformation after 20 years of “overpromising and underdelivering. “However, he recognised there is a challenge “to ensure the gains of the last few weeks are not forgotten.”

The issue of data, particularly access and information sharing, was cited by several panelists as an area that would need to evolve. Graham King, product manager at DesAcc, cited a collaboration between NHSX, the British Society of Thoracic Imaging and the Royal Surrey Scientific Computing Group to set up a Covid-19 chest imaging database.

The electronic imaging programme was supported by a manual spreadsheet process for data capture and analysis. King said this was a good example of how there is often a great deal of data within healthcare, but it is not accessible and there needs to more emphasis on analysis.

Albin Forslund, head of customer operations at Visiba Care, went further; describing the issue with data as “severe”. For example, he pointed out that there had been no ability to share critical data at a national level to identify trends in real time.

Addressing this would be essential to handling a second wave, he said. Alex Eavis, chief executive of Dovetail Labs, said interoperability remained problematic, despite improving cross-supplier collaboration and data sharing.

She argued that speed and latency was a problem and supported the move to the cloud. “It’s probably not acceptable that it takes a week to get data to Public Health England and then back out to localities spotting outbreaks,” she said.

King also wondered if the centrally-directed relaxation of some aspects of data sharing during the Covid-19 emergency would be rolled-out to other disease cases, or whether the flexibility would be removed after the pandemic.

Which prompted Norman to ask whether personal privacy laws would need to be changed to enable a different response to future outbreaks. Alessi drew on the experiences in South Korea where in the wake of a MERS epidemic there had been legislative changes to strict personal privacy rules to ensure greater freedom in the use of data.

He said this had been “immensely valuable”. Eavis hoped there would be a new view on data privacy in the UK, particularly within the GP community, where GPs are often data controllers. She said: “I hope that the work that has been done in the research space and the rapid innovation will highlight the benefits of data sharing.”

Meanwhile, King emphasised how hard it was as a third party to establish data sharing agreements with any NHS provider, due to legal barriers and securing consent.

Sarah Deeny, assistant director of data analytics at The Health Foundation, argued that while this applied to patient clinical data it was also important to focus on operational data from NHS trusts. This would help in determining issues such as if a particular hospital had enough oxygen and whether PPE was in the right location.

She said: “None of this involves patient privacy. The health system has perhaps not focused on this as much. There should not be as many barriers to using this information, it’s incredibly useful and other industries use it all the time.”

Panellists then cast their sights abroad to consider what lessons might be learned from how other countries used technology to handle Covid-19 and other pandemics. Alessi drew on his knowledge of Asia, where handling the SARS and MERS outbreaks had left the region much better prepared than others to handle future pandemics.

He said this, plus the region’s “love” of technology, had led to some “extraordinary” developments in managing health crises, including AI-based approaches that could identify which patients should be on ventilators, managing people with non-Covid conditions, setting up test and trace systems, and use of data gathering.

Forslund referred to Scandinavia, where he said the healthcare system hands a lot of responsibility to the patient to draw them in as a resource in their own care. He said this often entailed simple approaches, such as letting a patient book their own appointments, or gleaning information and insight through the use of triage tools so much better decisions could be made on how to handle their condition.

Eavis suggested looking overseas to see where technology could play a big role in what was being labelled the third wave of the pandemic – chronic condition management – and the fourth wave – mental health.

King and Deeny took the opportunity to highlight the need to retain and build in the best practice and positive responses that had emerged in the UK healthcare systems during the pandemic. King expected that in certain cases there would be pressure from patients to retain initiatives that they felt worked and they liked, for instance in the telemedicine field.

The sustainability of actions during the pandemic

However, this raised the question of how sustainable some of the actions that were taken during the initial lockdown were likely to be, once there was a return to a more relaxed way of working.

Deeny said she hoped that the approaches that would stick were those that clearly worked for the patient and the clinician. As an example, she gave digital outpatient appointments. However, Alessi cautioned this was a complex area and argued against a drive towards “digital modality” instead of face to face consultation – “digital” should be as well as, not instead of, face to face, he said.

“Collecting biomedical metrics can be managed digitally, but you need a trained person for dialogue with a human face to face providing caring, warmth and compassion,” he argued. Other panelists pointed out that warmth and compassion needed to be extended to those working in health and care as well.

King said he had family and friends working in the health system and they were exhausted. He said there needed to be investment in people who had given so much and, on the tech side, initiatives such as the NHS Digital Academy, which had been suspended during the crisis, should be resumed.

There was also broad agreement across the panel that in the future there could be greater government involvement and central direction to plug gaps – both in the NHS, where some providers have yet to digitise, and the new integrated care services will need a second wave of innovation, and in the supplier sector, where innovators can find it hard to secure a toehold in the market.

Norman mentioned Tech4CV19 as an example of an organisation that had emerged with just this remit, asking if government bodies should start recognising and working with it and organisations like it. Alessi said that in Japan, the government very much saw its role as matchmaker between SMEs and conglomerates such as Sony and Toyota.

For instance, he said, it had stepped in to ensure the manufacture of items such as PPE. Forslund felt there should be much more collaboration between public and private organisations for sharing of knowledge and expertise.

Speaking from her own business experience, Eavis said this had not happened in a co-ordinated way at the start of the pandemic. “We were bombarded with requests from the public sector and other suppliers, but it’s incredibly difficult to respond effectively when you are firefighting on all fronts.”

Finally, in response to a question from a webinar attendee about digital accessibility, panellists emphasised the importance not just of effective digital infrastructure and access but also service design. They argued that everyone intended to use a service should be properly borne in mind in its development.

In the early days of the pandemic, the health service moved fast to adopt new ways of working, and overall the message from the webinar was that it should both retain these and look to go further.

But in doing so, the expert panel members argued it needed to take the best of what had been learned and combine it with other approaches to create new digital pathways. Eavis suggested what she called an “omnichannel” approach; enabling appropriate means of access and clinical response.

Account Director
Jon is a highly experienced communications specialist whose initial career was in local, trade and national newspaper journalism before moving into senior corporate communications and public relations roles at FTSE 100 international companies and latterly the NHS.

His experience as a journalist includes working as deputy news editor on Pulse, the news service for GPs; general news reporting roles on the Daily Mail and the Sunday Express; and specialist freelance work for The Sunday Times and The Guardian.

He then moved from “poacher” to “gamekeeper”, helping large household technology and B2B brands promote and protect their reputations. Initially he joined BT’s corporate newsroom as a press officer, then moved to its former division Yell, publisher of Yellow Pages and Yell.com, where he progressed to lead its UK communications function and then drive its parent company’s international corporate and B2B PR activity.

Before joining Highland Marketing, Jon spent three and a half years in a senior communications role in a north London NHS mental health trust.

A little bit about Jon: