A session on climate change energised delegates to the annual Health and Care Innovation Expo, where the global digital exemplars had a moment in the sun, but NHSX was hazy about its plans and fog hung over funding for them. Lyn Whitfield reports.

This year’s Health and Care Innovation Expo in Manchester was a curious event that seemed to be trying to take place in several different places and timeframes at once.

The event itself was designed to inject energy into the NHS change agenda. But most delegates had at least one eye on events in London, where Brexit was causing turmoil in Parliament.

So much turmoil that health and social care secretary Matt Hancock didn’t make it to the show; although he did send a video joking that he would “rather be learning about health innovation in Manchester than procedural innovation in Westminster.”

NHS England chief executive Simon Stevens also caught the mood in his keynote speech, in which he said he was delighted to be back at “the buzziest of the NHS’ annual get-togethers” before telling boards that Brexit preparations had to be their “top operational priority for the next two months.”

Then again, the session that really energised delegates looked several decades into the future. A session on climate change on day two attracted a younger crowd that was right behind Stevens when he said the “climate emergency is a health emergency” and the NHS needs to “act now.”

Energy efficiency, staff and patient transport, and removing plastic waste from supply chains and patient pathways are all things trusts can work on, he added. And they shouldn’t wait for direction from the centre: “JFDI.”

Healthcare IT could have a big role to play here. Dame Jackie Daniel, the chief executive of Newcastle-upon-Tyne University Hospitals NHS Foundation Trust, which declared a climate emergency in June, said its electronic patient record had supported new care models by joining up notes and images.

However, a sharp questioner pointed out that more could be done, when the NHS’ flagship app has been designed to book people into traditional, face-to-face services.

If climate emergency becomes a big issue in health, tech companies could also be asked new questions about the carbon and materials footprints of their software and devices. But, for the moment, there are plenty of areas in which they can be deployed.

A pop-up university session on the global digital exemplar programme heard from Robbie Cline, head of ICT programmes and deputy CIO at Imperial College Healthcare NHS Trust, who described how using one EPR across its hospital sites has transformed care.

“I was in ED, listening to people talk about the loss of a much-loved legacy system, when a patient came in,” he said. “Immediately, staff could see the patient’s history on the new system, and that completely changed the conversation.”

Similarly, Sarah Judge from West Suffolk NHS Foundation Trust, said the health information exchange it is building with its local healthcare economy is enabling clinicians to deliver faster, better care for patients “because they have all the information they need.”

Some of the GDEs have gone further. Darren McKenna, director of informatics from Northumberland and Tyne and Wear NHS Foundation Trust, explained how giving staff mobile access to its systems had enabled the trust to create a street-triage service to divert people in crisis from the police system.

“We have halved section 136 [police detention under the Mental Health Act] rates which is a £1 million a year saving,” he said. “That has benefited staff, the community, and most importantly patients.”

In doing this, it had found that many patients, including those from hard to reach groups, not only liked the digital offer but did better on it than they did on face-to-face appointments. “Without the GDE programme, we would probably have thought we were digitally mature if we had put our booking forms online,” he said.

The work of the GDEs is being blueprinted. Dr Gareth Thomas, Northern Care Alliance Group chief clinical information officer and co-chair of the GDE Blueprinting and Learning Network Steering Group, said more than 100 blueprints are now on its learning platform.

These cover everything from technical specifications to staff engagement and the development of digital services, and 1,100 people are signed up to use them, with another 100 coming on board every month.

Thomas stressed that the GDE programme’s aims are closely aligned with the ambitions of NHSX, the unit set up to oversee policy, standards and most other aspects of NHS IT earlier this year. But that didn’t get it a mention in any of the Expo’s keynote health tech sessions.

Indeed, Matthew Gould, the chief executive of NHSX, opened his panel discussion by dwelling on all the problems he had seen on the tour of the health service after being appointed from his old job at the Department for Digital, Culture, Media and Sport.

In many places he had visited, he had seen staff struggle to login to systems and to access the records they needed, he said. Which is why his ‘five core missions’ for NHSX are to ‘reduce the burden on staff’, to give both staff and patients access to information and digital tools and services, and to improve productivity and safety.

However, when Gould’s panel was asked what the future would look like once these had been delivered, one simply repeated the problems and another said she would “focus on two or three things” as “a great start.”

Gould could have referred to the blueprints at this point, but he didn’t. Similarly, when the panel was asked about security, and how to build public trust in the NHS’ use of IT, the panel agreed this was important but didn’t, for example, refer to any of the work already done by NHS Digital and Dame Fiona Caldicott.

Stuck in the dark ages, really?

Gould has, wisely, stopped saying he is “not Pol Pot”, but the Expo tech sessions rather gave the impression that he thinks NHS IT is at year zero; facing a bright future, with little to take from the past. Intentionally or not, Simon Eccles, the NHS’ chief clinical information officer, managed to reinforce this impression in a session reported by the Health Service Journal (£).

Reportedly, he said the NHS is “living in the dark ages” when it comes to technology, with staff ‘accepting 30-minute logins to deeply outdated computer systems” and the service failing to get with the progress made by “every other industry” on automation, demand prediction, and user interaction.

As commentator Roy Lilley pointed out in his daily newsletter, this is a bit rich when CCIOs have been around since 2011 and Eccles is not only national CCIO, but the man appointed to “spearhead NHS use of technology and data to drive improvements in patient care.”

Other commentators picked out of these sessions that the NHS needs to invest in infrastructure and training to deliver on its technology agenda. If so, it’s unclear where the money is coming from.

In the middle of the first day of Expo, chancellor Sajid Javid delivered a mini-budget https://www.thehtn.co.uk/2019/09/07/blog-the-mini-budget/ but it covered a single year and was silent on what has happened to the NHS IT money secured by Jeremy Hunt for his ‘paperless’ agenda.

Stevens told Expo that “the NHS is in a better position than it was when we met last year” because it has the NHS70 funding and the NHS Long Term Plan; but could only say he was “confident” there will be a long-term capital budget, eventually.

If there was another, positive angle on health tech to come out of Expo this year, it was a new focus on innovators. Not just innovation, but on getting this piloted, adopted, and rolled out by the NHS.

In the AI Lab session, Tara Donnelly, the acting chief digital officer of NHSX, said one of its areas of focus would be to work with companies in sandpit environments that brought in regulators “as early as possible” to it was easier for services to pick up and run with new tools.

One of her colleagues said she was also working on how to support innovators who had piloted an idea but were struggling to get it taken up by the next five or six early adopters. While Digitalhealth.net reported that Hugh McCaughey, the national director of improvement, told a different panel session that he felt “early adopters of innovation in the NHS should be celebrated as much as innovators themselves.”

Then, there was Expo’s single new, tech announcement, which was that the Health Systems Support Framework will be “refreshed” and a ‘Lot 0” or “innovation greenhouse” added. The formal documentation for the refresh says this will make it easier for innovative organisations and SMEs to get onto the framework and for integrated care systems to make use of their ideas.

Gould welcomed this, arguing it was an important development because, as he got into the job, he increasingly thought that “the problem is not innovation, it is adoption” and: “We need a platform for that.” 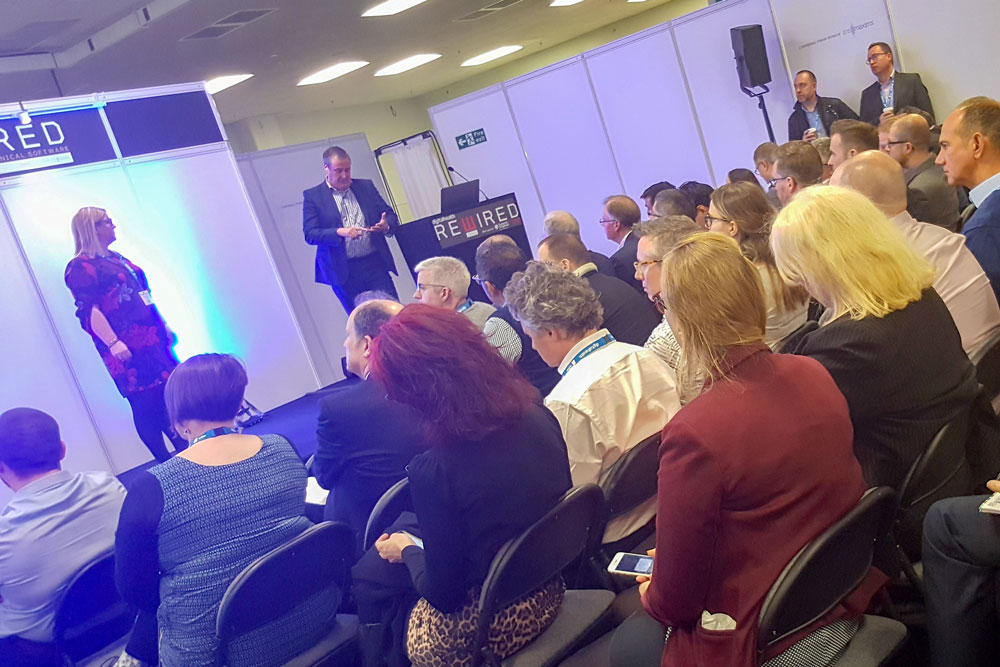 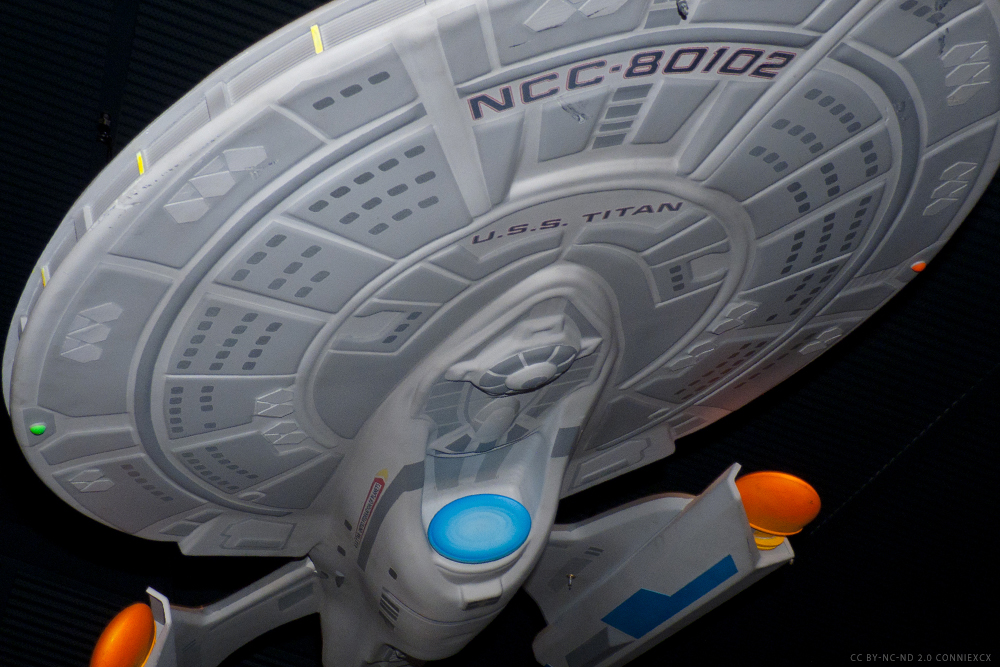 Has NHS IT moved from Star Wars to Star Trek?