The chief information and technology officer of North Tees and Hartlepool NHS Foundation Trust and chief digital officer for the North East and North Cumbria Integrated Care System outlines the lessons he has learned from the trusts history of health tech innovation and first of type in England implementation of InterSystems TrakCare.

When the Health Tech Newspaper asked its readers to list the ‘the main challenges in healthcare tech’ for a feature this summer, Dr Graham Evans had a list.

The chief information and technology officer of North Tees and Hartlepool NHS Foundation Trust and chief digital officer for the North East and North Cumbria Integrated Care System, argued the first thing was to “get the basics right.”

By which he meant “invest in “essential infrastructure” and “security by design.” After that, he identified “leadership” and “focusing on people and process” as key requirements. And, finally, he argued that health tech needs “to stop reinventing the wheel” because: “We need to share and learn from others to speed up delivery.”

These are all points that Evans makes frequently at conferences and in interviews, and they are drawn from his experience of working at North Tees and Hartlepool, which is known for being the first trust in England to implement the InterSystems TrakCare electronic patient record.

A history of innovation

In his interview with Highland Marketing, Evans points out that his trust has a history of tech innovation that predates this deployment. “If you look back, we were one of the first trusts to deploy wi-fi and to invest in mobile working to enable staff to work in a mobile disconnected manner,” he says.

“We were also one of the first trusts to deploy many of National Programme for IT systems, including one of the first NPfIT picture archiving and communications systems. At about the same time, we started to digitise paper records using electronic document management systems. We have a history of being forward thinking.”

Nevertheless, TrakCare was a big event when it went live in 2015. Evans joined the trust in 2016, some nine months after go-live, and found that while the system was in and working “we had given birth to something that needed a bit of tender, loving care”; something that was not always easy to deliver.

“I often say that working with a first of type technology system comes with some degree of risk,” he says. “It’s a bit like being a pioneer back in the days of the wild-west.

“Sometimes those wild-west pioneers would get a backside full of arrows, and when that happens all you can do is stop, pull them out, and get back on the horse. There was a fantastic vibe in the organisation: but there was still a lot of work to do on the administration and the functionality of the new system.”

With a few arrows removed, the trust has taken a modular approach to deliver what Evans describes as a “textbook” series of deployments. “Theatres has gone well,” he says. “E-prescribing and medicines administration has gone live across the whole organisation.

“More recently, we have implemented active clinical noting into our A&E department to make virtually paper-free. We can also do all our observations, and the fluid balance chart and sepsis alerting electronically. This is the exciting stuff, because clinicians like it and want to do more of it.

“Full noting is what we are aiming for next, starting with clinical notes for other specialities and moving onto nursing notes.”

Working across the health and care community

Evans stresses that it will never be possible to remove paper completely; if only because the trust would most likely need to use some paper if an emergency took out its power supply or IT infrastructure. However, he says: “We will only have a small amount of paper, when it was needed, compared with what we have to today.”

Eventually, the trust is aiming for level 7 on the HIMSS EMRAM maturity scale; which will require closed loop systems test and results and medicines administration systems; and much closer integration with its local health economy.

Evans is already embedded in the second of these agendas, since he is leading on digital transformation for the North East and North Cumbria health and care economy.

The region is working on an agreed digital strategy that will start by “getting the organisational basics in place” and building on the information sharing work that has been started by the Great North Care Record programme.

“We have to focus on patients and how they move around the system,” Evans says. “The NHS is more than 70 years old now, and it cannot keep doing what it was set up to do in 1948. We have an aging population, more people living with long-term conditions, and that is putting a huge strain on secondary care.

“We need to reduce that, which means integrating records and getting individuals more involved with their own health and care.

“We need to create building blocks that we can scale across the system, using population health management tools and methodologies to transform our health and care service. But, more than that, we need a vision and a narrative that clinicians and patients can understand and buy into.”

North Tees and Hartlepool’s technology choices have put it in a good place to play into this agenda. “InterSystems is one of the world leaders in interoperability,” Evans says. “Its middleware, which it calls Ensemble or Health Share, enables us to access and interoperate information of all kinds.

“So, where there is a gap in TrakCare we can plug it in, and where we need to share information, we can do that. It’s something we signed up for at the outset. It was absolutely part of our plans.”

So, as other trusts and healthcare economies make similar plans, why does Evans identify the challenges that he set out in The HTN as key issues to consider?

“The first thing I learned is that you absolutely have to get the basics right,” he says. “If you have a network that goes down all the time, if you have laptops that break as soon as you open them, then it does not matter how good your electronic patient record is, it will not work.

“Another thing I often say is that it is like building a skyscraper. If you do not have the right foundations, it will fall over; however shiny it is. Also, clinicians will not buy-into it. And clinical leadership is essential. Mission critical.

“After that, it’s like ‘field of dreams’: ‘build it and they will come’. If technology works and solves a problem that needs to be fixed, if it improves patient outcomes and experiences and, at the same time, makes clinicians’ working lives easier, it will be taken up. Because, at the end of the day, that’s what people come into work to do.”

And not reinventing the wheel? North Tees and Hartlepool is in a slightly odd position on this one. It has not only led on TrakCare for trusts in England; it has found itself as the ‘fast follower’ for a global digital exemplar, Royal Liverpool and Broadgreen University Hospitals NHS Trust, that has yet to progress its planned TrakCare deployment.

Still, Evans points out, Royal Liverpool and Broadgreen has done leading work on patient pathways and dashboards, to the point where NHS England is urging other trusts to follow its lead on initiatives like sepsis alerting.

“Clearly, there is mutual sharing and learning to be gained through our global digital exemplar relationship,” he says. Furthermore, TrakCare trusts are also working together through a user-group to share, learn and spread.

“We have to listen to what other people are doing,” Evans says. “The NHS is the master of reinventing the wheel, and we don’t have the time and resources to keep doing that. We have to put our pride to one side and learn from others.

“I think the GDE programme has great value. I would like to see the programme further extended if this is possible, but if not, then we have to find some way to make sure the learning it was set up to develop is passed on to others. Because if one organisation is moving at pace and another is struggling, we should be able to give them a hand up. That’s what the NHS should be about.” 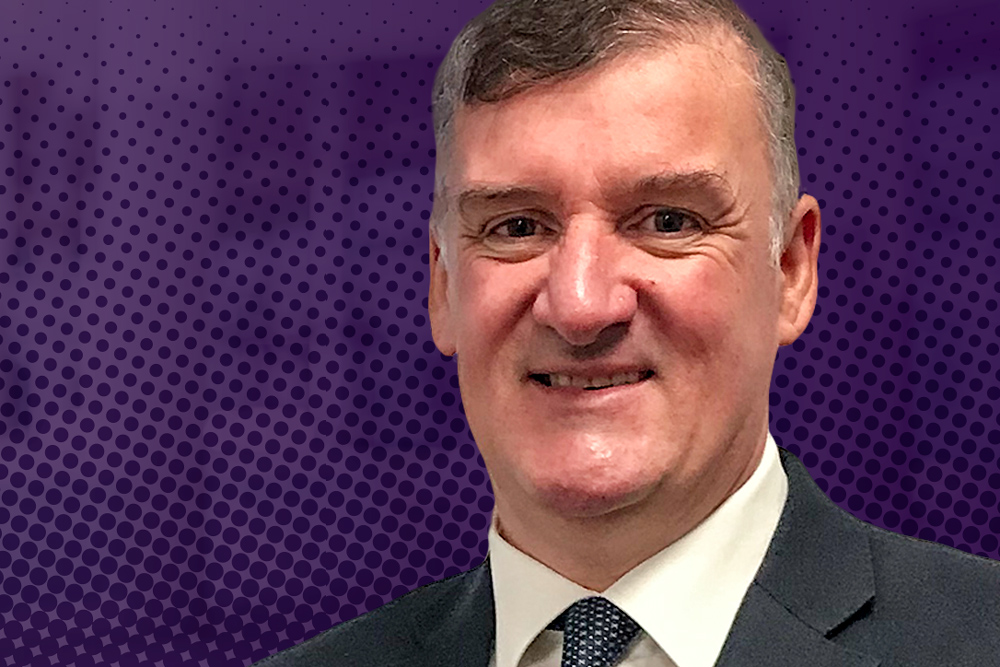 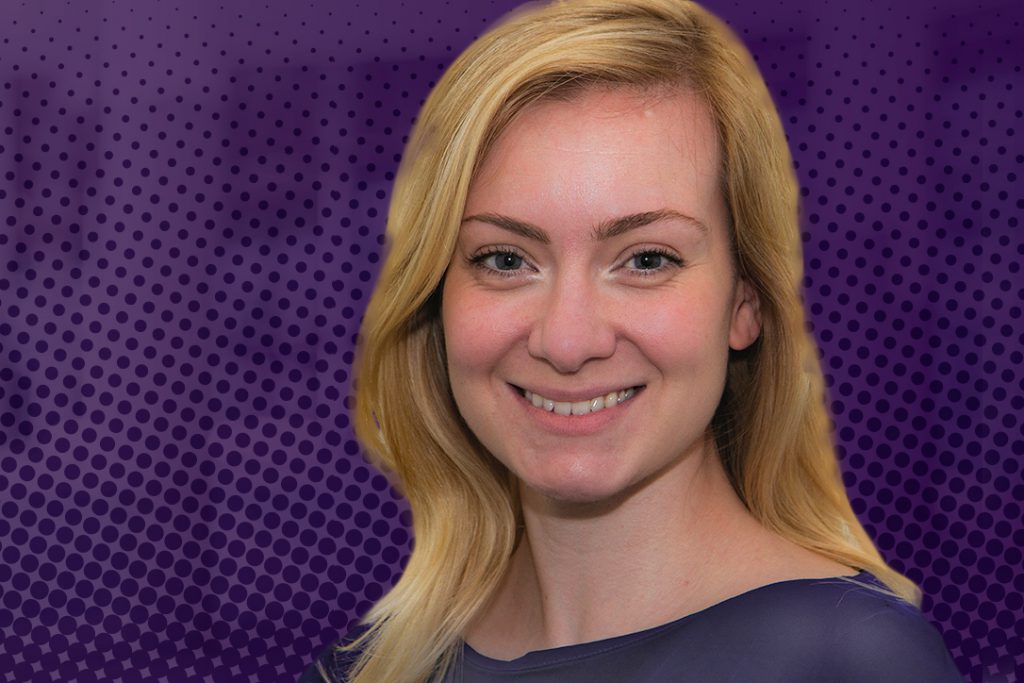