The digital health lead at the Department of International Trade’s Healthcare UK, attended a meeting of the Highland Marketing advisory board to discuss the challenges faced by new entrants to the health tech market. He talks to Lyn Whitfield about his career and his involvement with Tech4CV19, an initiative that is trying to solve some of them.

Hassan Chaudhury did not set out to work in the NHS. Or, indeed, health tech. “I left university without a plan, and I accidentally became a social worker,” he says.

“I was doing some temporary work at Hackney Social Services, which had got hopelessly behind with its filing. I got the job done in a week, and then found myself sitting in with one of the social workers, who was blind. He said he had a role available to support him, and did I fancy it?”

Chaudhury did the frontline job for three years until his colleague retired as social work shifted from a patch to a case management approach. After which, he moved into a succession of fortuitous jobs, one of them at Bart’s Health NHS Trust.

The East London organisation had just implemented Cerner Millennium as part of the National Programme for IT, and lost control of its 18-week wait clock starts and stops. Chaudhury spent his time working out which encounters related to the different pathways; an experience that took him into commissioning at NHS Waltham Forest as an 18-week analyst – “and the first in the country to set up a local reporting system for it.”

After that, he became a senior commissioning analyst before moving onto NHS Commissioning Support for London, where he worked on metrics for CQUINs; part of the initiative launched by Sir David Nicolson to try and get the NHS to address a looming financial crunch by adopting quality, innovation, productivity and improvement initiatives.

Chaudhury left the NHS and took his experience of data analysis into the private sector, by launching Health IQ with two friends. Health IQ is expert in analysing ‘real world’ NHS data which is representative of routine clinical practice, as well as running simulations for pharma and medical device companies that want to prove the value of their treatments and products to healthcare.

In effect, Chaudhury says: “We were gamekeepers turned poachers.” Working for Health IQ introduced Chaudhury to some of the challenges that companies face in working in health tech. So, while retaining an advisory role with Health IQ after an acquisition, he recently moved on again, this time to work for Healthcare UK, which is part of the Department of Health and Social Care and the Department for International Trade .

“I never want to appear to be colonial,” he says. “Sometimes, people hear ‘the British are coming’ and think that we are going to be telling them that they should be doing things our way, or that they should copy the NHS. I don’t want to do that. Instead, I want to say: ‘Here are some key things that we know every good health system does, and these companies do that very well’.”

Providing advice to individuals, for example. As the coronavirus outbreak has highlighted, there are plenty of companies with innovative solutions to help people look after their own health and care; and to connect with services when needed. Governments and health systems should want to hear about them.

Challenges to working with the NHS

Reciprocally, the NHS should want to hear about ideas and solutions that it can adopt. However, at a recent meeting of the Highland Marketing advisory board, Chaudhury outlined some of the barriers that start-ups, scale-ups and SMEs face when trying to work with the UK’s healthcare system.

For a start, he pointed out, it’s not a system. Each of the four countries of the UK has its own NHS and organises it differently. Regulation is complex. There is an “alphabet soup” of bodies that are supposed to “do digital”. One way and another, “navigation is hard.”

Also, he argues, companies may not have appropriate commercial models – too many “have an idea, and then develop a product, and then try to sell it to a customer”, instead of working out in advance who their customer is likely to be and how they will be able to pay them.

And there is far too much “pilotitis”; even if a company proves its product and model in, say, Dorset, it is likely to be asked to do it all over again in, say, Newcastle.

The NHS has moved fast to adopt some new ways of working as part of its response to Covid-19. Most obviously, it has rolled out remote working solutions for staff who need to self-isolate or just avoid the risk of contracting and spreading the disease by working from home.

There has also been a significant shift towards virtual outpatient clinics and primary care consultations. Yet these developments have not overcome those underlying barriers to innovation; and may, in some ways, have raised them.

Many solutions have been procured and rolled-out on a national basis; giving an advantage to large firms with routes into government and its arms-length bodies. While much of the technology that has been adopted has swapped face to face for online activity without changing the underlying pathway.

Overseas companies and SMEs have found it hard to get in front of the regional and local organisations that might have used the emergency to kick-start the transformation agenda; and now it is far from clear that there will be funding for a “second wave” of innovation to address it.

The Tech4CV19 initiative was launched in response to the challenges that smaller health tech companies have faced in helping services to respond to the coronavirus emergency.

Tech4CV19 is a WhatsApp group that became a Slack-community looking to make it easier for chief information officers to find out what members have to offer; and to help start-ups and scale-ups to respond to any opportunities that are around.

Chaudhury has been involved alongside fellow Highland Marketing advisory board members Nicola Haywood-Alexander and James Norman. As the NHS starts to ‘reset’ on the other side of the first wave of the pandemic, he wants to see Tech4CV19 find its own commercial model so it can become a permanent and sustainable part of the health tech landscape as a community interest company.

In the end, he argued at the advisory board meeting, which came to much the same conclusion, overseas and smaller players cannot expect national bodies or networks that sit outside the NHS’ normal business structures to help them.

“They typically can’t buy anything” and they can’t instruct regional or local organisations to buy anything. They can’t even stop them re-piloting things that other areas have bought. What companies need is to be able to get together with the individuals who want what they have to offer, are mature enough to deploy it, and can shake out the funding.

Chaudhury has many other interests. He is an honorary researcher at Imperial College London, is a committee member of the PM Society, writes for pharma and health tech publications and runs regular online health tech socials.

A significant amount of his time at the moment is being taken up by a charity, Kit4Carers, that is looking to raise £100,000 to get safe, reliable personal protective equipment to community carers in the UK and developing nations.

“In some places, people have to risk their lives to care for others, so we want to get PPE to South India, Bangladesh and other places in need,” he says, explaining his passion for the project. “We want to make sure that everybody who needs it can get reliable access to PPE.”

What links all these interests, and his varied and evolving career, is an interest in “bringing people together” to make things happen. “I am a front man,” he says, before explaining this in hunting terms. “It’s like going into the woods hitting the ground with a stick to get the birds to fly, so others can bag them.”

Guest interview: Pat Symonds – ‘The NHS has not seen the last of Formula One’ 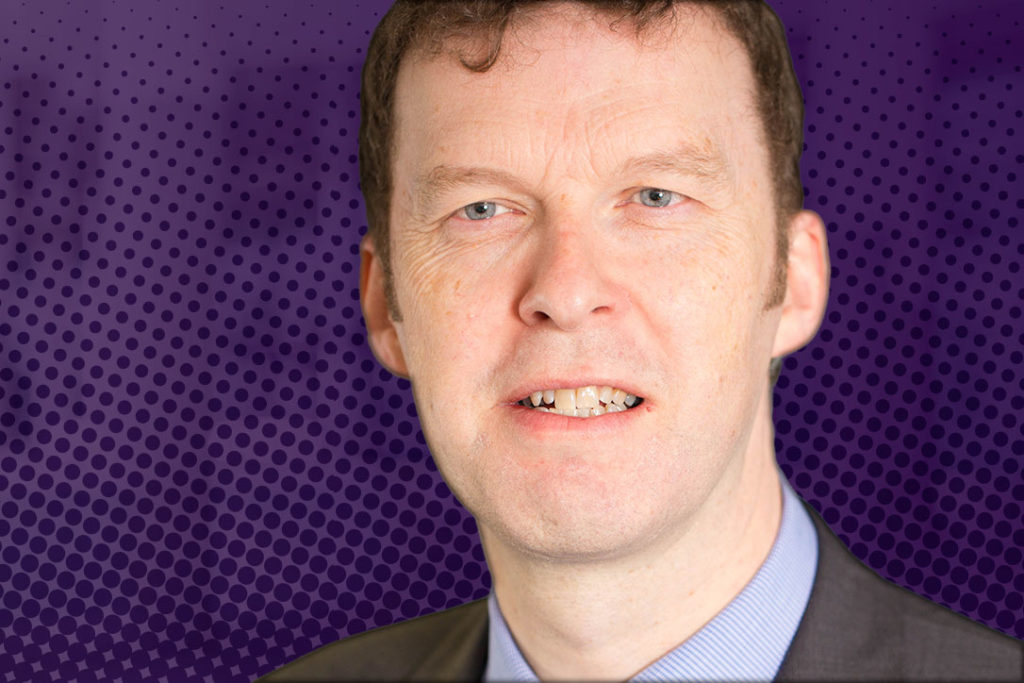